Is Mark Carney an “unreliable boyfriend”? That was the charge levelled at the governor of the Bank of England by Pat McFadden, a member of the Treasury Select Committee, back in 2014, on the grounds that Mr Carney was failing to let markets, investors and the committee know where he stood on the direction of interest rates.

The “unreliable boyfriend” tag has been back in the news recently, because the Bank of England has again left interest rates unchanged. But does it stand up to scrutiny?

First, we should acknowledge that Mark can be sensible. “Bitcoin has pretty much failed as a currency measured by standard benchmarks,” he said earlier this year, in reference to the cryptocurrency bubble. That was inciteful advice.

Then again, he might be a bit of a wind-up merchant. At the Davos World Economic Forum, he noted that Brexit was already costing the UK £200 million a week. Whether or not that’s true, it was guaranteed to annoy the Brexit brigade.

But what really counts is what Mark says and does where he has the most clout: on the subject of UK interest rates. Last June, he said that “now is not the time to begin that adjustment” (i.e. raise rates). In September, he said that rate increases would be “gradual” and “limited” in the coming months. So far, so consistent.

By October, however, his tune had changed. The Monetary Policy Committee (MPC) raised rates by a quarter of a percentage point that month. And in February, Mark warned that stronger demand in the economy would mean that rates would rise faster than expected.

But in May, he was backpedalling frantically, so that a rate hike that had been seen as a near-certain outcome of the MCP’s May meeting was unceremoniously ditched.

What prompted this apparent fickleness? The economic stats had shifted, with the UK’s GDP increasing by just 0.1% in the first quarter. Wintry weather was to blame, thanks to the ‘Beast from the East’, which brought heavy snow to Britain in March.

But Mark deserves sympathy here. Who would like to have their every utterance written down and used against them? It’s an alarming thought.

So it’s unfair to characterise Governor Carney as an unreliable boyfriend. He’s more of a weather vane – and just as bad at forecasting the future as the rest of us.

There’s a name for his type: economist. As another influential economist and Bank of England employee, one Jon Maynard Keynes, said, “When my information changes, I alter my conclusions. What do you do, sir?” 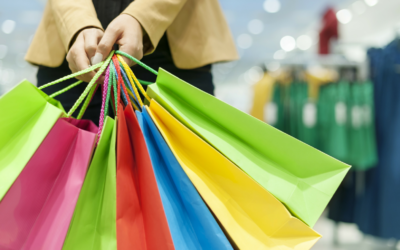