As contrarians, our job is to navigate the many risks that stockmarkets and the wider world throw at us. A key tenet of our philosophy is that protecting capital, as best we can, is an important part of maximising long-term returns. In other words, looking out for excessive complacency (where the odds of a fall look too great). And, conversely, seeking stocks where investors have grown too gloomy (where the odds of a recovery are in our favour).

Throughout the history of stockmarkets, there has always been something for investors to worry about. Recently, investors have had to cope with a number of issues: Brexit, the US-China trade war and even the threat that US-Iranian conflict could escalate into World War III. But at the time of writing, there’s no doubt as to the number one risk: Covid-19.

The Covid-19 pandemic is a public health crisis and our thoughts are with those affected. For investors, the virus presents an acute problem in that it arrived during a mature economic cycle and after a long bull market for stocks. On top of that, the outbreak began – and hit hard – in China, which produces a huge amount of the world’s manufactured goods. So, it threatened not only to dampen a growing market for Western products but also to drastically disrupt global supply chains.

Despite these threats, the stockmarket’s initial reaction was indifference. It wasn’t until the final week of February that fear really began to infect markets. Until then, most equity indices were close to record highs, with losses chiefly confined to companies directly affected by the virus, such as airlines and cruise lines.

Apple embodied this apathy. Its shares fell by less than 2% after the company warned that the closing of Chinese factories and housebound Chinese shoppers would mean that it would fall short of its sales forecasts. The shares recovered most of that modest loss the following day. This was curious as Apple has complex supply chains that are deeply entwined with China, which is also one of its biggest end markets. Disruption there was clearly terrible news.

That attitude worried us, and we made some timely changes to our portfolio. The apparent complacency around risks facing the wider economy and stockmarkets also led us to downsize our most economically sensitive investments and increase those with more resilient revenue.

Admittedly, nobody knows how significant the eventual impact of the pandemic will be. The unenviable task facing CEOs and economists is to work out the impact over the next quarter while news of more cases breaks by the hour. The outbreak may, as some suggest, be a terrible but short-lived event. All we can do, as contrarian investors, is be alert to the risks – in particular, the broader threat to investor sentiment.

The problem with popularity

In general, we see the greatest potential for losses in investments near the peak of their popularity and where complacency has set in. For us, this underappreciated danger has loomed large in several areas of the market – most notably in technology and growth stocks.

Many professional investors have monitored the contrasting fortunes of ‘growth’ and ‘value’ investments in recent years. The gap between the two styles recently reached a new peak, surpassing that of the year 2000. The peak of 20 years ago highlights why keeping an eye on risk is so important: it marked the bursting of the 1990s technology bubble which led to precipitous falls in value.

The triggers for such dramatic shifts often turn out to be surprising. Many explanations have been proffered for 1987’s Black Monday crash. Among them is that year’s Great Storm – which took even the weathermen by surprise. When market valuations are stretched, anything unexpected can upend investor sentiment. For popular technology companies, the dampening effect of the pandemic could shine a light on the cyclicality of their earnings.

As contrarian investors, we are always on the lookout for opportunities that accompany such risks. Gold could be a beneficiary of the current threats. At The Scottish, we have championed gold for some time. This has been expressed through our investments in miners such as Barrick Gold and Newmont Mining. Besides offering a haven in turbulent times, gold provides shelter from the devaluing effects of measures used to counter slowing economic growth – quantitative easing (i.e. money printing) and fiscal spending (which tends to cause inflation). With US Treasury yields at record lows, gold looks increasingly appealing.

We also see opportunities in out-of-favour ‘value’ stocks – those that appear undervalued relative to their prospects. Unlike the market’s recent favourites, value stocks tend to be shares in companies exposed to real world industry. Faced with the pandemic, authorities are realising that monetary stimulus is not the only game in town. Many governments around the world are turning to fiscal stimulus instead. This could be a welcome fillip for unloved value shares.

However, the psychology of investing during turbulent times can be very challenging. And the opportunities we see may take time to gain widespread traction. But anticipating change is the core of contrarian investing. That’s why we’re focusing on unloved opportunities while we steer well clear of stocks that look especially vulnerable. While it remains too early, we will be watching for signs that investor sentiment is ready to recover and stand ready to seek out the attractively valued opportunities that will inevitably result.

The Scottish Investment Trust PLC has a long-term policy of borrowing money to invest in equities in the expectation that this will improve returns for shareholders. However, should markets fall these borrowings would magnify any losses on these investments. 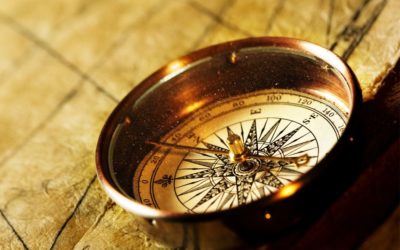 Getting our ducklings in a row 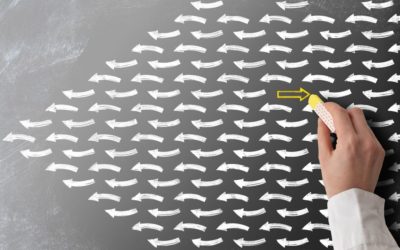