– Alasdair McKinnon looks for signs of turnaround in Brazil

Last month, I spent some time in Brazil. My trip involved two days of corporate visits in São Paulo, the country’s financial centre, and another two days of meetings with senior bureaucrats and politicians in Brasilia, the capital.

Ten years ago, Brazil was the darling of global investors. As one of the BRICs, it was a major destination for international investment flows. Much was made of its emerging middle class and its booming resources sector. What could possibly go wrong?

Too much cheap money, as it turned out. Brazil was a good fundamental story, but a credit bubble soon began to grow. The rot swiftly set in, with rampant corruption and spendthrift populist governments. The Brazilian economy was then dealt a double blow: not only did the credit bubble burst, but global conditions meant that demand for its resources collapsed and credit dried up altogether. There was an 8% real-term decline in the economy, and inflation rose as high as 11%.

So what’s happening now? The most obvious recent development is political change. Following the impeachment of Dilma Rousseff last year, Michel Temer’s administration is now in power and is pursuing a reform agenda. Temer’s government has defended the currency and has refrained from just putting up wages – too often the Brazilian response to economic crises in the past.

There’s a powerful case that the best time to invest in Latin America is when a country has moved from a left-wing government to a centre-right one that seeks to free up market forces and reduce the tax burden. Argentina provides a good recent example, and that’s exactly where Brazil is now.

Corruption casts a huge shadow in Brazil, of course. The ‘car wash’ corruption scandal has threatened to engulf just about every Brazilian politician – and Temer is no exception. He is currently mired in graft allegations, and the future of his presidency is very much in doubt.

But there is also a clear desire for corruption to be rooted out. All the bureaucrats that I met were adamant about what had to be done, and the country’s judiciary appears to be in agreement – as the reach of the ‘car wash’ case is demonstrating.

Meanwhile, Temer’s government is pressing ahead with labour reforms. Laws put in place during the period of hyperinflation in the 1980s and 1990s are being repealed, and bizarre practices, such as that of paying workers for an eight-hour day but having them work only six hours, are being rolled back. Much-needed pension reform is also on the agenda.

Brazil also now has a relatively stable currency in the real. This is a significant step forward. When I lived in Brazil 30 years ago, the country had two currencies in two years.  The real is weaker than in the boom days but hasn’t collapsed despite all the economic turmoil. After a period of strength, its modest recent weakness has begun to make exports more competitive.

There are signs of clear improvement in the economy. Growth has returned this year, and inflation is falling rapidly. From over 11% at the start of 2016, the consumer price index has fallen to an 18-year low of 2.5%.

This has allowed the central bank to cut interest rates to 8.25% and gives it room to cut much more. Rates are expected to fall to 7.5% by the end of this year – and possibly lower than that in the foreseeable future. That has obvious implications for equities. There’s a clear contrast here with the Western world, where interest rates can only really go up. Brazil’s circumstances, then, should provide plenty of opportunities for investors.

Where might those opportunities lie? Growing consumer appetites offer one interesting avenue. When I lived in Brazil in the 1980s, what characterised it most was the stark divide between rich and poor. Last month, that gulf was still evident. But what had changed was the material wealth of everyone.

Take the favelas, for example. When I was living in Brazil, the houses in these shantytowns were literally built of rubbish: cardboard, scrap metal and scavenged lumber. Today, favela houses are built of brick and have running water. Another sign of progress was how widespread air conditioning now is. Virtually every building or car I was in last month offered climate control, so things have been changing for the better.

But there’s still plenty of room for further improvement. Only around a quarter of households have flat-screen TVs, and only a similar number have microwaves. This means that there is a lot of scope for people to improve their lives through simple measures – and there is a lot of excitement about the future, as well as the energy and optimism needed to get there.

There are also opportunities in retail, where volumes are now recovering after the recession. Interestingly, e-commerce isn’t as much of a game-changer in Brazil as elsewhere. Although the country now has broadband and adequate distribution networks, it currently lacks the capacity to allow online purchases to be returned easily. Also, for the poor, e-commerce is just not an option. In the relative lawlessness of the favelas, leaving packages with neighbours is not feasible. Shopping malls, however, are doing well; in Rio de Janeiro, they are seen as oases from the unrest on the streets.

Meanwhile, manufacturing companies, which suffered during the downturn, have had to cut costs to reflect realities. As economic conditions improve, these companies are in very good shape to exploit those better circumstances and the weaker real means that exports are growing again.

Although Brazil’s equity market is still dominated by commodity companies, it also offers lots of infrastructure companies with big yields: toll-road operators and the like. These will become even more attractive as interest rates fall.

There are still risks

Finally, the country is taking steps to tackle the distortions posed by state-owned giants like Petrobras, the company at the centre of the ‘car wash’ scandal. It is currently restructuring to reduce its debt burden and render itself less vulnerable to the politically motivated fuel subsidies that caused much of that debt in the first place. The Temer administration is also moving to privatise the state-owned power company Electrobras.

There are risks, of course. The investigation into Temer could derail progress – not least because any successor is unlikely to be free of the taint of corruption. But the anti-corruption drive is clear evidence that there is the political and bureaucratic will to change things.

All in all, we see Brazil as an ‘ugly duckling’ market. It is currently unloved, and its opportunities are overlooked. But when the cycle turns – as it will – the investors who have taken those opportunities early on will stand to benefit the most.

Investment trusts are listed on the London Stock Exchange and are not authorised or regulated by the Financial Conduct Authority. 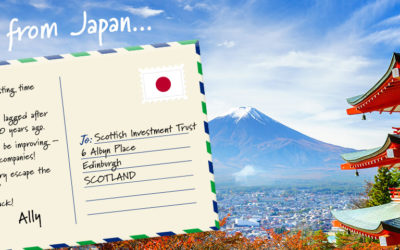 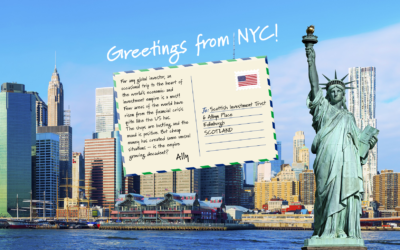 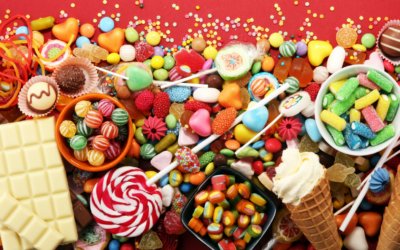